What brought you to this site? A lifelong dream, a bucket list item, or just a dare from a friend.

Well, come out and fly in the only type of biplane designed for barnstorming in 1928. Feel the wind in your face; smell the fresh cut hay; hear the sound of the wires sing along with the beautiful sound of the radial engine and feel like you have just stepped back in time to the great barnstorming era.

History of our New Standard

This is a brief history of N9119 (Originally NC3000). N9119, serial no. 143, was originally built as a passenger plane at the factory but was converted to a D-26 model (crop duster) from the D-25 model shortly thereafter.  I believe this airplane was used by the factory for different modifications and testing. The airframe was then modified to accept floats for their D-28 model (seaplane). It was also outfitted for an around the world flight with larger fuel tanks for Arthur Menken of New York. The around the world flight attempt was scrubbed and aircraft later sold to Ed Nibur who started Good Will Flyers with Bill Brooks in the spring of 1930. Hugh Sullivan was pilot and barnstormed through 1933 when Mr. Nibur opened an F.B.O. in Reading, PA, Goodwill Air Service. 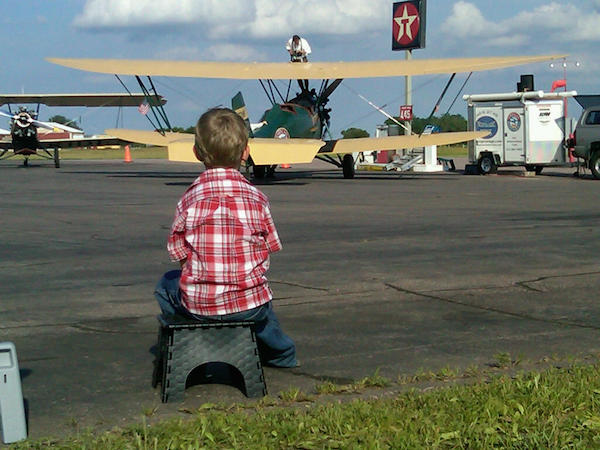 The aircraft was then sold to Henery Cleargy in 1940 of Des Moines, IA. Later flown by Inman Bros. Airshows in Kansas. Airplane was then listed in 1945 as destroyed in a barn fire, (registered owner was unknown at that time).  The N-number was later assigned to a Cities Service Oil Co. aircraft (DC-3).  Mr. Ed Nibur later flew with United Airlines and retired in Maine.  I purchased the New Standard fuselage, landing gear, misc. parts with large fuel tank from Robert “Bob” Lock of Reedley, California in the fall of 2005. Restoration was finished in September of 2010 and flown through the blue skies once again on the way to Blakesburg, Iowa’s antique fly-in after a 15 min. test flight. 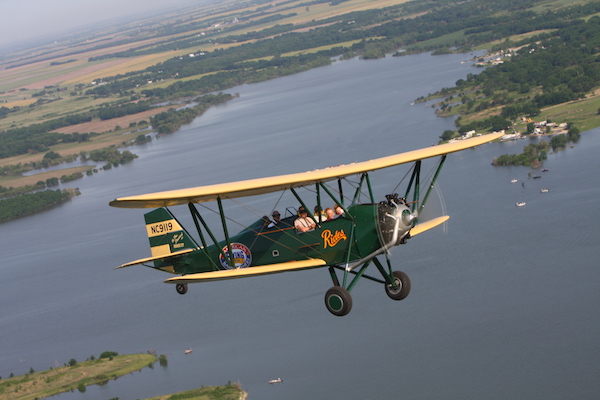